We’re looking to expand on the FloatWays mantra of “A Million Ways to Float” How? Well, with RC hobbies such as radio control flying. Yep. That’s airplanes, multirotors and FPV. After all, it’s like floating on air.

We have a very popular article on FloatWays about radio control boats. At the moment, it’s roughly 3 years old, but the information is still very relevant.

For some time now I’ve been considering opening FloatWays to more than just boats. Since I’ve been doing so much RC stuff lately, I figured the FloatWays mantra of “A Million Ways to Float” really lends itself to such a thing.

I’ve run RC boats for many years – since I was a kid actually. But, on and off. I’ll spend months without running my boats and then come back. Like a real hobby actually. You do it when you have time off. Lately I’ve been flying RC planes and building both planes and multirotors. This has opened up many doors to new and exciting things. 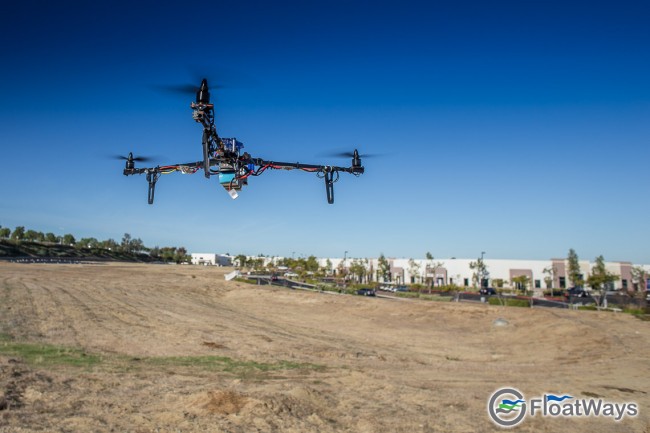 I have to acknowledge the guys at Flite Test . Chad, Josh Bixler, Josh Scott, Alex Zvada, Dave Windestål and now Peter have been doing an amazing job. Their grasp on the radio control hobby world is unreal and inspiring.

Since I got into flying RC I’ve learned so much. I’ve been flying fixed wings, delta wings and multirotors. I’m now getting into FPV. I figured that it might be a great idea to use this FloatWays website and social media channel to not only share some of the knowledge that I have gathered, but also help somebody that might be looking for advice and information.

I’ve been writing so much about cars on my car enthusiast website RallyWays that I sometimes feel I have cars coming out of my ears. I love cars. Sometimes however, it’s nice to take breathers and write about other things and do other things.

Watch for changes on FloatWays. Most likely there will be a section dedicated to the boating and sailing articles that are currently on the site. That said, I’ll open a whole section for radio control planes, drones, boats and FPV.

Update – Well, as it turns out, the section on RC drones and FPV is not happening on FloatWays. I decided it would be best to create a whole other separate blog for that topic. That way we keep things around here in check and on topic. So here’s what’s happened. I’ve gained a whole wealth of knowledge about RC, multirotors and racing drones over the last nearly 2 years. I’ve been looking for an avenue to share that knowledge. If you are interested in multirotors, racing mini quads or drones in general then head on over to PinchTune… a site about multirotors.

We love boats! We love everything about boats! FloatWays is dedicated to the art of boating and sailing. Whether it be in the ocean or the lake, we are devoted to the lifestyle and all the joys that come from being on the water. We are people who have practically been raised aboard boats. At the same time, FloatWays believes in being humble, friendly and down to earth (er … END_OF_DOCUMENT_TOKEN_TO_BE_REPLACED

At FloatWays we pay a lot of attention to the visual aspect of the water activities in which we participate. This means we are focused on enjoying our outdoor life by making sure we have the best optical clarity and sun protection we can get. Not only that, but we like to look good while doing it. We've created this sunglasses guide for that very reason. As we look into what the market has to offer for functional and stylish sunglasses and review them on FloatWays, we'll … END_OF_DOCUMENT_TOKEN_TO_BE_REPLACED