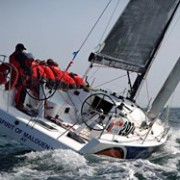 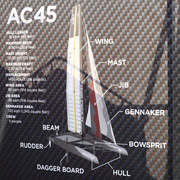 The America’s Cup World Series took over San Diego starting last weekend when the torrential rains put a damper on racing. The weather throughout the weekend improved a bit, but was riddled with crazy morning fogs.   Good thing the weather cleared up by Saturday November 19 went the FloatWays crew was coming down to […] 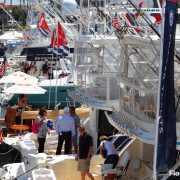 Given the amazing sunny weather and the low chances of rain every day it’s hard to imagine a better place to host a boat show than San Diego. Thanks to the great weather and the vast quantity passionate sailors and boaters in SoCal, the company that hosts the San Diego Yacht and Boat Show during […] 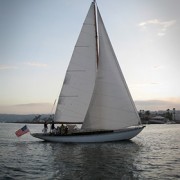 At Floatways.com we love boats and everything about them. This is our very first post. If you somehow run into it, be sure to follow the timeline an check out the rest. We will be discussing anything related to boats. From a GPS watch that you can use for sailing, to boat trailer wheels, to […]

We love boats! We love everything about boats! FloatWays is dedicated to the art of boating and sailing. Whether it be in the ocean or the lake, we are devoted to the lifestyle and all the joys that come from being on the water. We are people who have practically been raised aboard boats. At the same time, FloatWays believes in being humble, friendly and down to earth (er … END_OF_DOCUMENT_TOKEN_TO_BE_REPLACED

At FloatWays we pay a lot of attention to the visual aspect of the water activities in which we participate. This means we are focused on enjoying our outdoor life by making sure we have the best optical clarity and sun protection we can get. Not only that, but we like to look good while doing it. We've created this sunglasses guide for that very reason. As we look into what the market has to offer for functional and stylish sunglasses and review them on FloatWays, we'll … END_OF_DOCUMENT_TOKEN_TO_BE_REPLACED